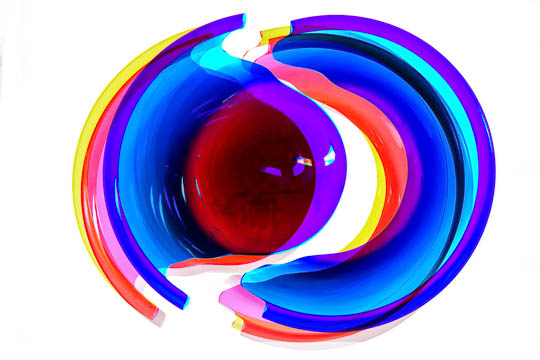 These are a few photographs from my new abstract series.  I hope you like them.  Please remember to support live artists. Photos © JoAnne Kalish.  All Rights Reserved.  Available 20 x 30 Signed Limited Edition. 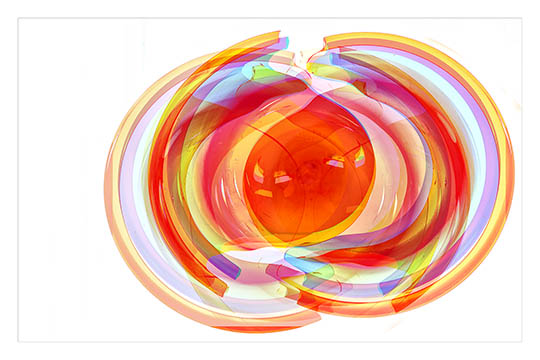 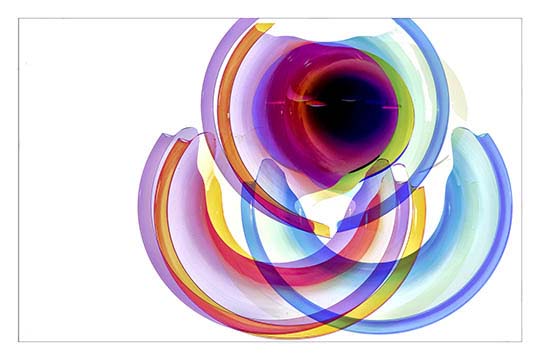 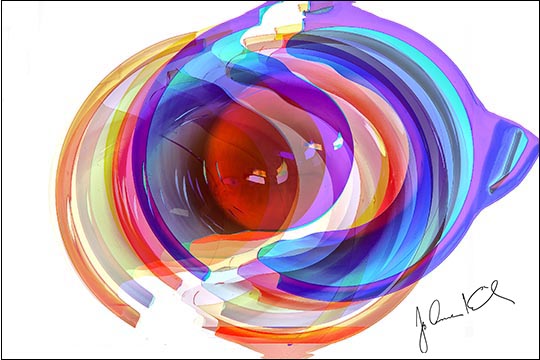 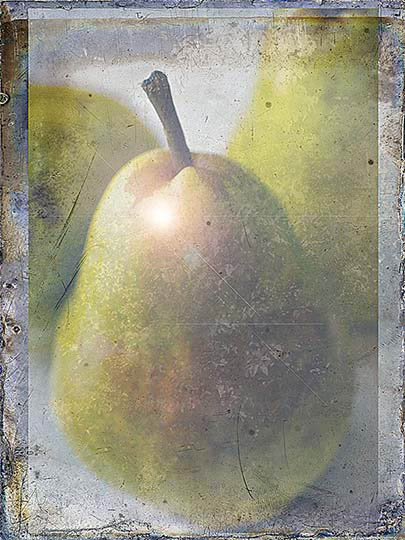 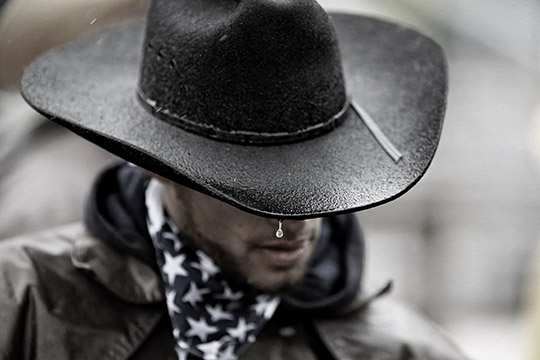 “From Commercial to Fine Art

“Raindrop” is currently on display at The White Gallery. photo by Joe DiMaggio

“Crossing the Line,” now at The White Gallery in Lakeville, is a collection of work from three talented commercial photographers, good friends with award-winning credentials, who now make fine art  for their own pleasure. Throughout their careers they created images for magazine publishers, advertising agencies, major companies. Now they bring the same eye and originality to these very personal photographs.

Dennis Wheeler is best known for the many Time magazine covers he created. And created is the right word, because he made covers that were collages designed to grab attention on newsstands as well as comment on the cover subject in powerful ways. Four silhouetted male profiles — red, yellow, white, black — overlapped for a story on leadership in America. A cover on the sex explosion showed a young man and woman facing each other with much of their bodies covered by a giant fig leaf zippered down the middle.

“Pasture” stands out for its evocation of land and horses and the suggestion of fences. Made in browns and blues, the work is focused on a central black-and-white image of horses eating in a pasture. A gentle horse face peers at us from behind the pastured animals; there are small pictures of lakes too. All lie on swirls of thin, colored lines that suggest fencing wire.

Kalish’s “Eiffel” is a pyramid of luminosity as if reflected in water. Her “Reflections” catches a small boat to the left tied up on a narrow canal, while buildings are reflected abstractly in the water on the right, which has the sheen of a mirror.

Kalish’s partner, Joe DiMaggio, is also a former Sports Illustrated and Time magazine photographer. (His and Kalisch’s images of professional hockey are now shown at the NHL Hall of Fame in Canada.) He worked for many advertising agencies, won many art direction awards. He is a master of suggesting motion in still photos. “Chevelle” shows a bright and shiny wheel cover that seems to be catching a passing landscape on its surface. In “Frankfurt,” a group of people are blurred so they appear in motion.

“Raindrop” catches a pearl of water as it is about to fall from the wide brim of a black cowboy hat that glistens from the moisture. We see only the nose and mouth of a man, who sports a marvelous neck bandana studded with white stars. “Infinity” is made of double yellow highway lines stretching into the distance between hazy trees and road shoulders that appear to converge up the road. It is wonderfully composed. 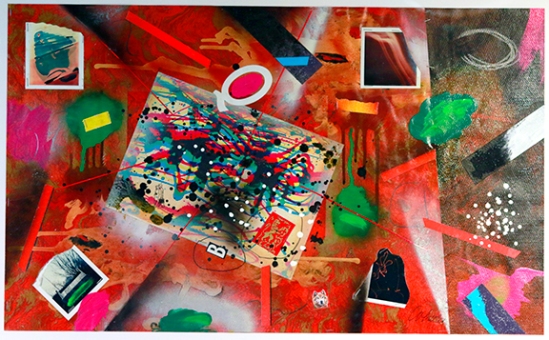 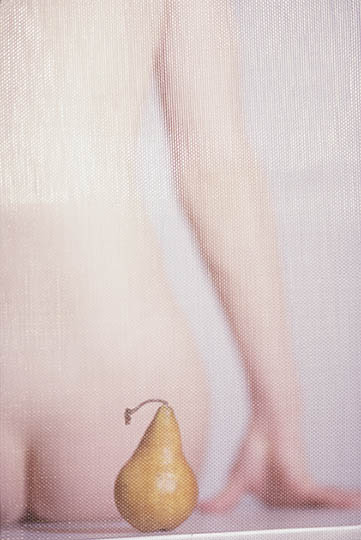 On behalf of chief curator Rebecca Wilson and the Saatchi Art curation team, I’m very pleased to let you know that your work has been chosen to be featured in the New Photography Collection on Saatchi Art’s homepage. You can see the collection here: 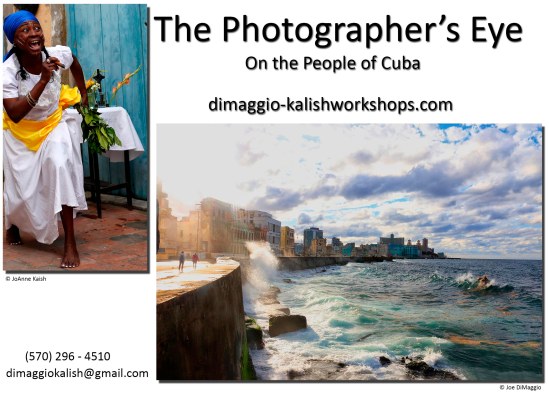 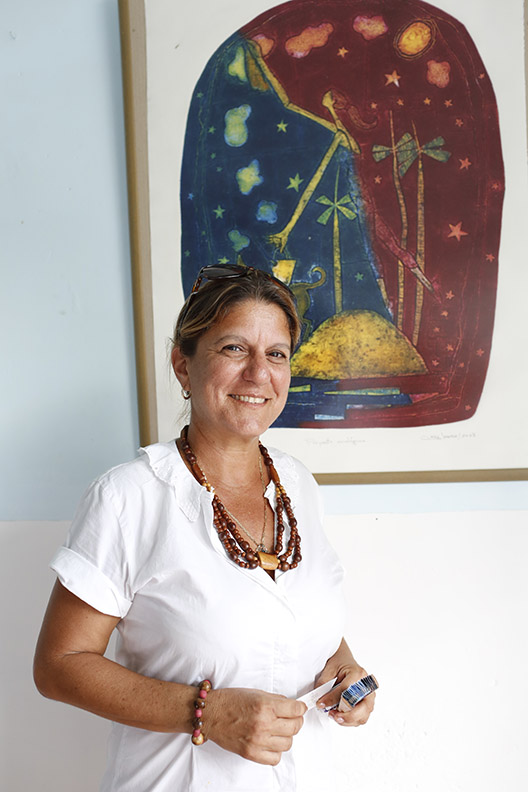 In November of 2014  dimaggio-kalishworkshops brought a group to Cuba. We called the trip “Photographer’s Eye on The People of Cuba.”  In the small town of Cienfuegos I  met a lovely and passionate artist by the name of Annia Alonso.  We exchanged contact information.

One day I received an e mail asking if I would be interested in representing her in the States. After much deliberation,  I figured why not?  Artists helping Artists.  I get it!  Annia is part of the National Union of Writer and Artists (UNEAC) and this is how we first met.  She has a Gallery nearby. In a very short time with many texts exchanging information back and forth we became friends. She told me a delightful story about meeting Jimmy Buffett at her first art show where the owner of the Gallery was friends with him.  At the time she did not know who Jimmy was but was invited by the host of the Gallery to stay afterwards and play dominos with Jimmy as her partner.  He gave her a CD of his music.  She came back the next day and he was still there and he bought one of her engravings. The one he liked best was called Islands.  He encouraged her to organize a show in America.

I am including some of my favorite engravings & Paintings (first three are engravings) of Annia’s. She has many more. If anyone has an interest in her work for purchase or for a show please contact me directly.

Just for the record dimaggio-kalishworkshops is planning another trip to Cuba October 19-26 2015   We still have some spaces available.  If you like to join us please contact us as soon as possible.  Click here for our Upcoming Cuba Trip 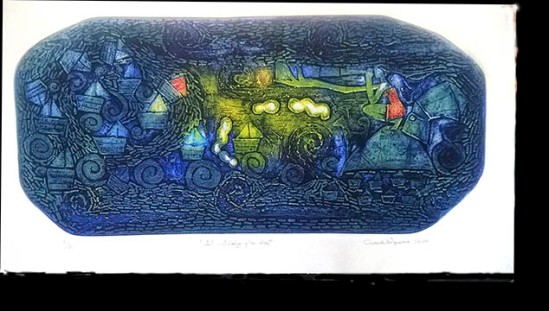 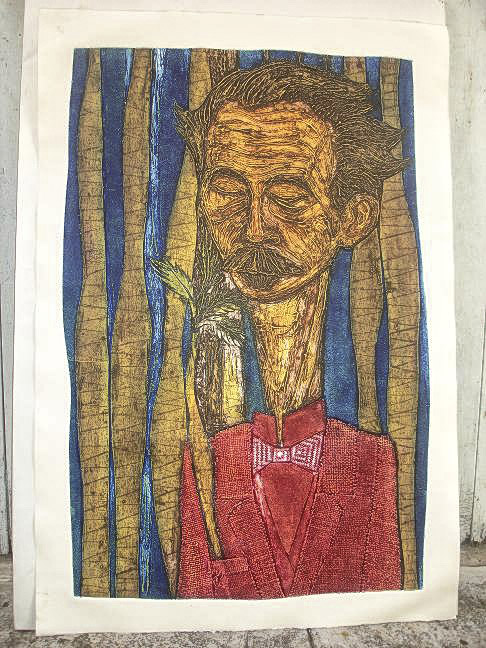 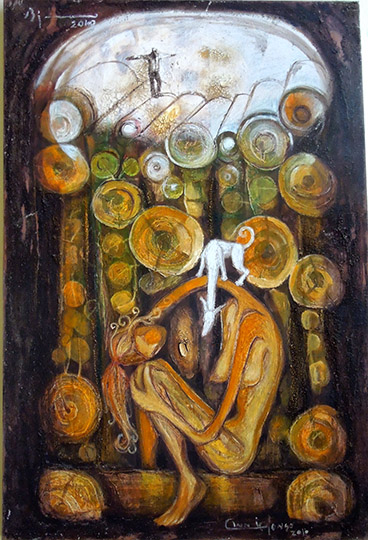 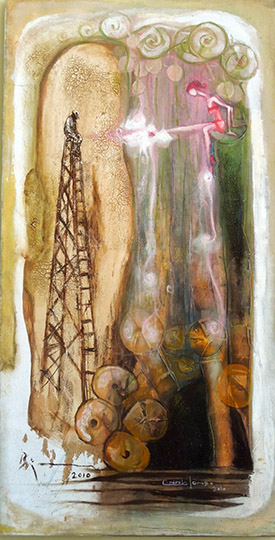 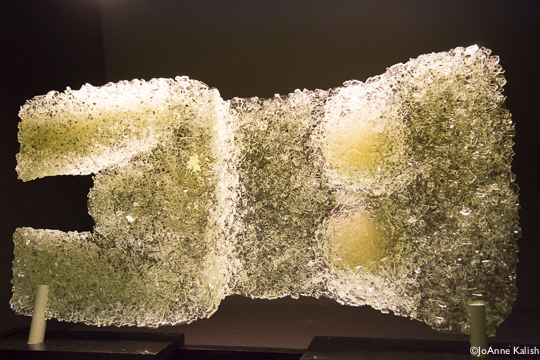 Took the day off to visit friends Dennis and Kathi in Hillsdale NY.  It’s always a beautiful drive. We love going to the farm and studio and  always enjoy seeing them. On the way up, Joe  mentioned he had a feeling Dennis was up to something but did not know what.

Dennis unveiled a new piece of artwork which was made from tiny fragmented pieces of glass that Joe had given him on our last visit.  Dennis works a lot with collage and is always open to new materials.  You just never know what he’ll come up with.  Anyway Dennis outdid himself once again.  This is just the first of the series I would imagine. For anyone interested in seeing some of the many pieces that Dennis does his studio and work can be seen by appointment.  Unfortunately, Dennis does not have very much internet presence but he is a well established artist and we’re working on changing that. 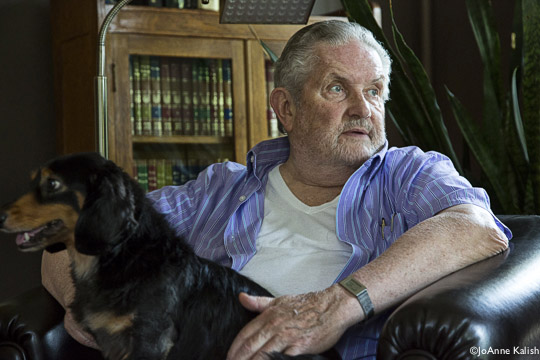 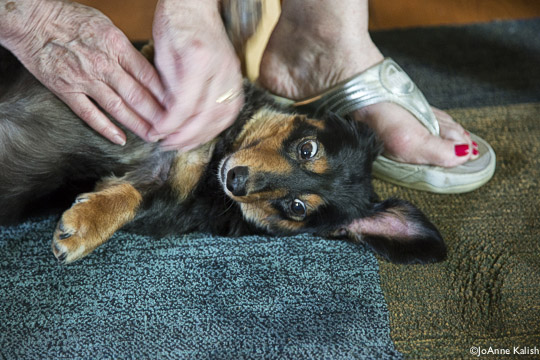 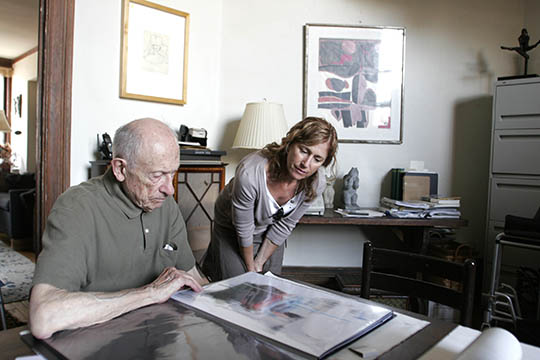 Your website and/or portfolio is an assortment of visual material that needs to be organized to make a positive visual statement about you and your work. There should be a flow where elements work together and not fight each other. It should be a captivating and a thought provoking layout of spreads and pages, color, form, thematic relationships, scale changes, humor, elements of surprise, as well as details and whole pieces, and should entertain the eye. Your ultimate showpiece.

Have you ever heard the expression – “when in doubt leave it out”?  Well it very much applies to your website and portfolio. Begin strong and end strong but also think in terms of a beginning, middle,and an end while showing off your work in the best possible light. Remember your final image will most likely leave a more lasting impression than the first.  Only show a perspective client maybe 20 photos and group them so they flow well. Arrange and rearrange the order until it speaks to you and hopefully to them.

Now that you put your best work together the question is are there any weaknesses that you see?  What do you need to do to work on these weakness?  What are your strong points and how can you accentuate what you do best?  You’ve now gotten to the next step of becoming a better photographer.

By the way Will, even though you’re in heaven, my thoughts are with you as I am remembering that your 102 birthday would have been this Saturday May 25.  I miss you…